Aretha Franklin was on to something when she sang;

Find out what it means to me”

More and more people are professing and insisting on the importance of respect in the workplace. Several phenomenon have lead to these assertions. I’m of the view that foremost among these is the changing employer-employee relationships which have been given a voice  with the advent of millenials in the workplace.  It used to be that people went to work for a paycheck, but now, people are looking for a higher purpose. Employers and management of old were very dictatorial [in all honesty some still are], but more and more people want to be in a place that they feel builds them up. Work is no longer just a job, its where people spend the majority of their waking hours, a pay check is no longer enough to elicit optimum performance, employees might stay due to lack of better options, but presence does not entail performance.

Furthermore, Schimdt and Harter, after examining 7,939 business units, utilizing a 12 item questionnaire that consisted of questions such as ‘In the last seven days, I have received recognition or praise for doing good work.’ and ‘My supervisor, or someone at work, seems to care about me as a person’ found that there was a positive relationship between employee satisfaction and meaningful business outcomes such as customer satisfaction, productivity and profits. They concluded that changes in management practices that increase employee satisfaction may be considered as a factor in increasing business-unit outcomes, including profit, customer satisfaction and productivity.

How to show respect in the workplace 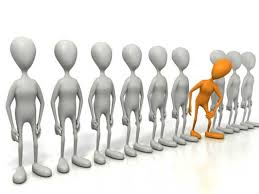 By being cognizant that each person in an organisation is different and it is this individualization that allows employees to bring something unique and different to the table, managers and H.R practitioners can harness employees full potential.

Somewhat oxymorinic to the first point, people should be treated equally and fairly regardless of who they are. This entails that organizations should have policies and procedures that are implemented fairly across all levels and stations. Differences and exemptions in applying policies cultivates a hostile work environment and feelings of resentment, as some people are perceived to be more ‘equal’ than others. Similar to equality, employees ought to be included in discussions and decisions that affect them. Depending on the organizational structure and amount of bureaucracy present, inclusion in all major decisions might be close to impossible, but employees can still be included in committees, task forces and improvement teams through soliciting volunteers and appointments.

The stick and the carrot

Praise much more frequently than you criticize. Encourage praise and rewards from employee to employee as well as from the supervisor to the employees. Rewards, need not be financial, but could include flexible working hours, coveted parking spots, and more freedom and autonomy in work tasks.

How do you measure respect?

As you may have suspected, measuring attitudes and emotions is vexing at best for several reasons. Foremost among these, the same stimuli may elicit different responses in different individuals, thus making measuring such a phenomenon complicated at best. However various surveys and questionnaires exist in regards to measuring respect;

This is an initiative of the Health and Safety Authority to promote mental health and relieve work place stress (download questionnaire ). The items are measured on a likert-type scale, and include questions such as ‘I receive the respect I deserve from my colleagues.’ It should be noted that not all the items relate to respect, as it is only one  aspect of employee well being.

This questionnaire has 9 items [that are yes or no questions] in regards to respect in the workplace, the more “yeses” you have, the higher organizational respect is in your workplace. This questionnaire includes items such as ‘I am respected by my manager’ and ‘I am consulted when changes in working conditions are planned.’

This survey is quite similar to the Work positive questionnaire. It too assesses various aspects of mental health and its items are measured on a likert scale. In regards to respect it has questions such as ‘People treat each other with respect and consideration in our workplace’, ‘People at work show sincere respect for others’ ideas, values and beliefs’, and ‘Difficult situations at work are addressed effectively. ‘

(It should be noted that the validity and reliability of these surveys and questionnaires has not been verified, check out  The truth will set you free; but first it will piss you off about the effectiveness of H.R tests.)

Respect is no longer a one-way street in the organization, flowing from the employees to management and the employers. Its something that should flow both ways, not only because it financially and strategically benefits the business but mostly because respect shows that one values another as an individual, and that they honor the personal rights and dignity of the person as a fellow human being.